Creating colour contrast in line with The Equality Act guidelines

The Equality Act guidelines are designed to help healthcare providers avoid discriminating against people with disabilities including visual impairment.

Ensuring that neighboring expanses of colour, such as walls and doors, are clearly distinguishable by using contrasting colours is first and foremost good design practice. But it is also an important aspect of the guidance provided by The Equality Act.

The Equality Act guidelines are designed to help healthcare workers provide a better service for people with disabilities including visual impairment.

Dulux Trade have conducted research with the RNIB, Guide Dogs for the Blind and Reading University to look into ways in which colour can help visually impaired people to navigate a building as easily as possible. This established that over 80% of visually impaired people are able to discern colour differences. So using colour contrast can make their movement much easier.

Approved Document M and BS8300: 2001 advise that any colours used to differentiate surfaces should vary in their light reflectance value (LRV) by at least 30 points.

Doors: The whole door and architrave should contrast with the surrounding surfaces. The only exceptions are doors to storage spaces, which patients and visitors do not need to distinguish.

Skirtings: Making the skirting the same or a similar colour as the wall gives visually impaired people an accurate indication of the size of the floor, so they can avoid bumping into walls. 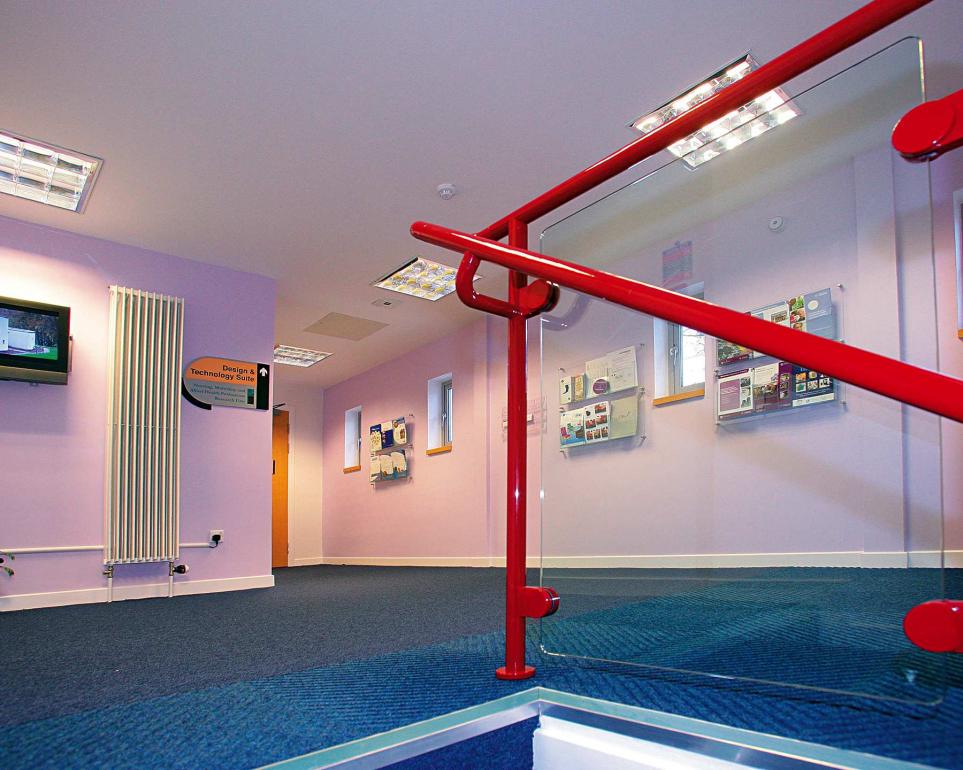